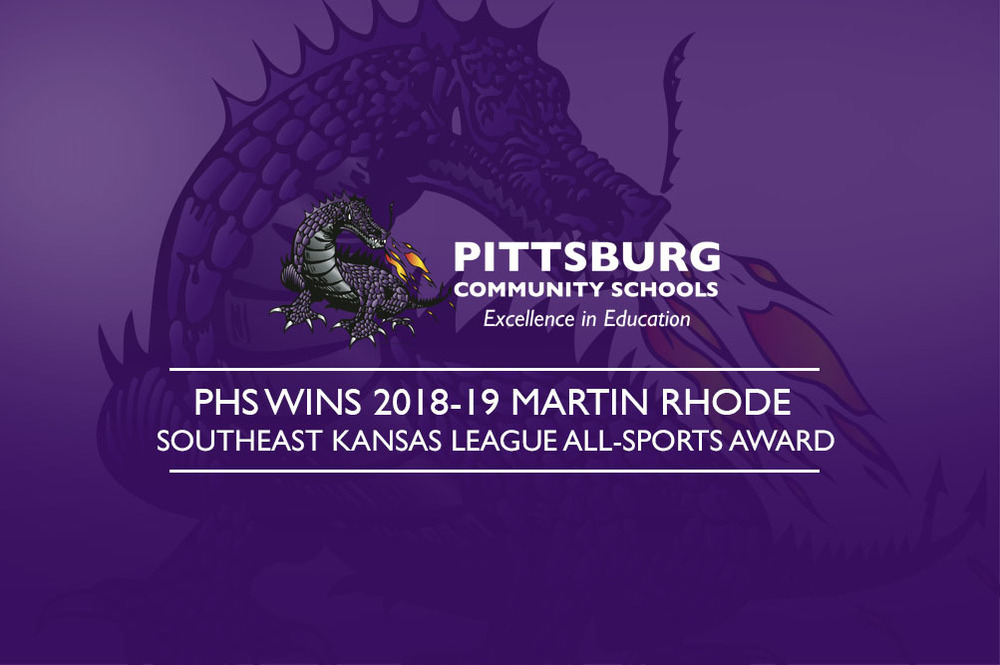 In one of the most tightly-contested seasons in the history of the award, Pittsburg is the winner of the 2018-19 Martin Rhode Southeast Kansas League All-Sports Award. The award is named after the long-time Pittsburg educator and coach.

Chanute was the leader by two points over Independence after the winter sports season with Pittsburg in third. At the time, four points separated first from third.

Chanute continued to hold the lead until Pittsburg claimed it for good after sweeping the team titles of the Southeast Kansas League Relays. The resoultion of the boys' golf championship on Monday, May 13, brought Chanute within a point and a half in the final standings.

Pittsburg finished on top with 67.5 points. The Purple Dragons are the all-sports champion for the fourth year in a row and 15th time overall. The award was first compiled for the 1976-77 school year.

Independence was second with 66 points. The Bulldogs won the girls' tennis, volleyball and softball championships.

Fort Scott was fourth with 49.5 points. The Tigers won football and girls' cross country and tied for the baseball championship.

Labette County was fifth with 45.5 points. The Grizzlies won boys' golf and tied for the girls' basketball championship.

Parsons was sixth with 42 points while Coffeyville was last with 23.5. Neither won a league championship.

Only Chanute and Independence received points in all seven fall sports.

Coffeyville, Fort Scott and Parsons were not scored for boys' golf as they did not have field complete teams for each league tournament, which made them ineligible for the championship.

Because this question was posed earlier in the spring, girls' swimming is not eligible to be scored since it is not a league sport.