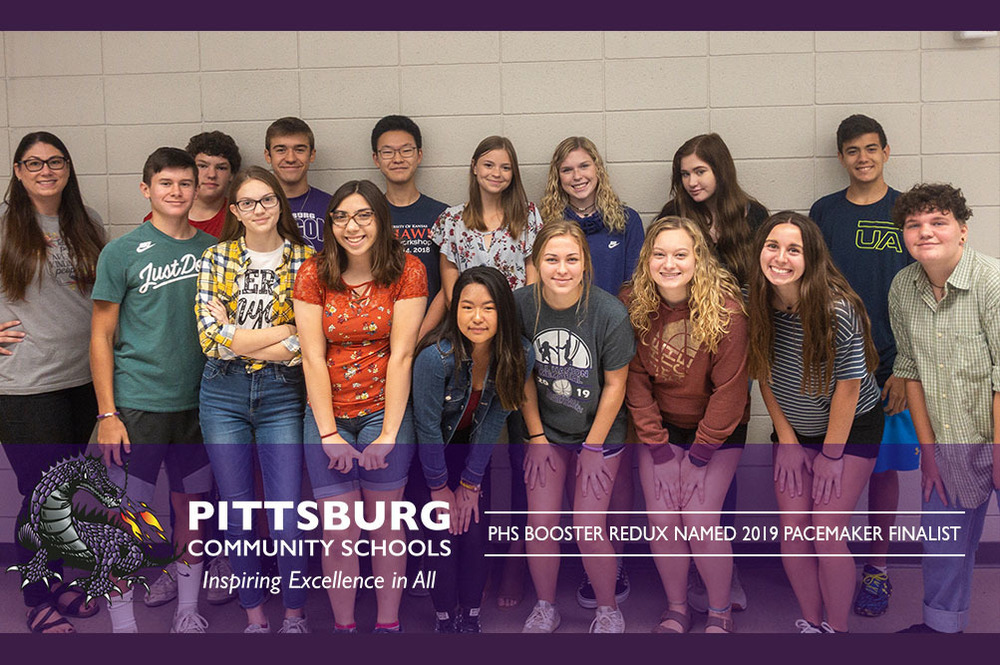 The National Scholastic Press Association named the Pittsburg High School Booster Redux as a 2019 Pacemaker Finalist.  This is the highest honor a high school paper can achieve. Over 220 publications from 33 states entered and The Booster is one of 47 High School finalists named.

Students on the Newspaper staffed gathered together yesterday to watch the announcement.

"Sitting in the watch party was a highlight! Hearing the shrieks of joy and seeing the students celebrate the moment when the announcement was made was awesome to witness! Our kids work hard, and hard work pays off!" said Pittsburg High School Principal Kelynn Heardt.

The 49 Pacemaker finalists represent 16 states and the United Kingdom. California, Missouri and Texas set the pace with eight finalists each. Two teams of three judges devoted two days to the judging. They studied every entry and discussed its strengths and weaknesses. In the first round of the competition, the news publications competed against those of similar types — tabloid newspaper, broadsheet newspaper, newsmagazine, specialty magazine and junior high/middle school.

When the process was finished, the 49 Pacemaker finalists were named. From that group, 19 will earn the Pacemaker award placing those publications in the top 9 percent.

Emily Smith, Student Publications Adviser, said, "I'm incredibly proud of their work ethic and dedication to create quality content for our community. It's a great feeling to be recognized by NSPA because it means the staff is performing at the highest possible level in scholastic journalism, and it is hard to achieve that level performance. "