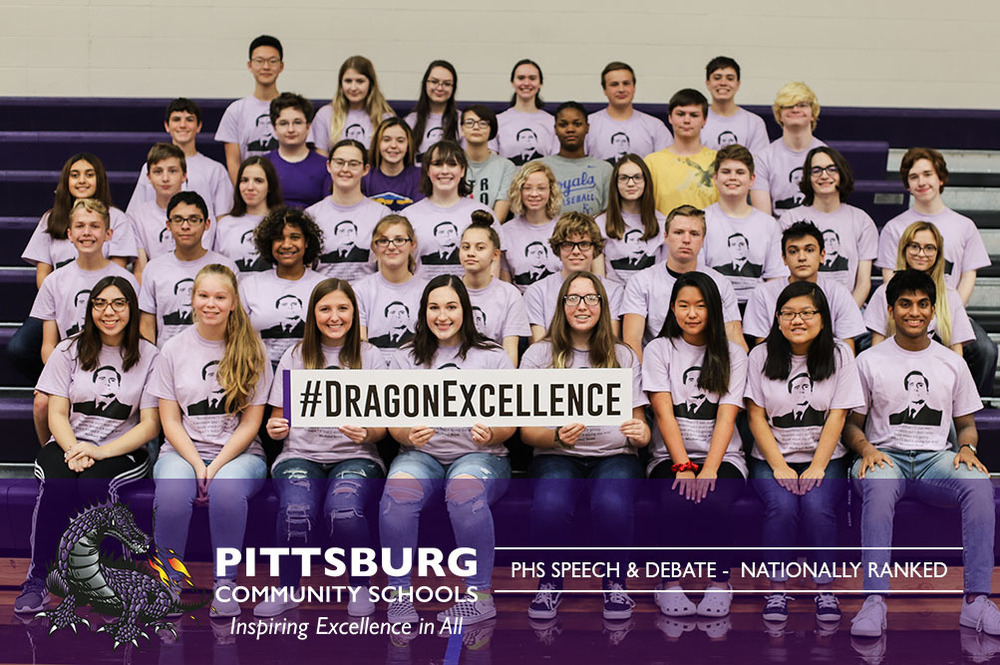 The National Speech and Debate Association (NSDA) is the honor society for Debate and Forensics students across the nation. Every year the NSDA compiles their rankings of all schools to see who made the top 100. On Monday, October 7th the NSDA announced that Pittsburg High School is ranked number 66 out of over 3,000 programs! The school rankings are based on strength, which is determined by the number of active student degrees in the Honor Society.  Students earn degrees by moving up in a point system, and the points are given based on wins, losses, and participating in forensics events.

"It is truly an honor to be ranked in the top 100 in the nation. The rankings are based off students competing at tournaments and it is evident how much time, effort, and energy they've put into being the best debate and forensics competitors they can be. They have worked very hard to earn this ranking and I am so proud to be their coach."

Students gathered together on Tuesday for what they thought was just a group picture when their Director, Julie Laflen, shared the big news. Way to go, Dragons!