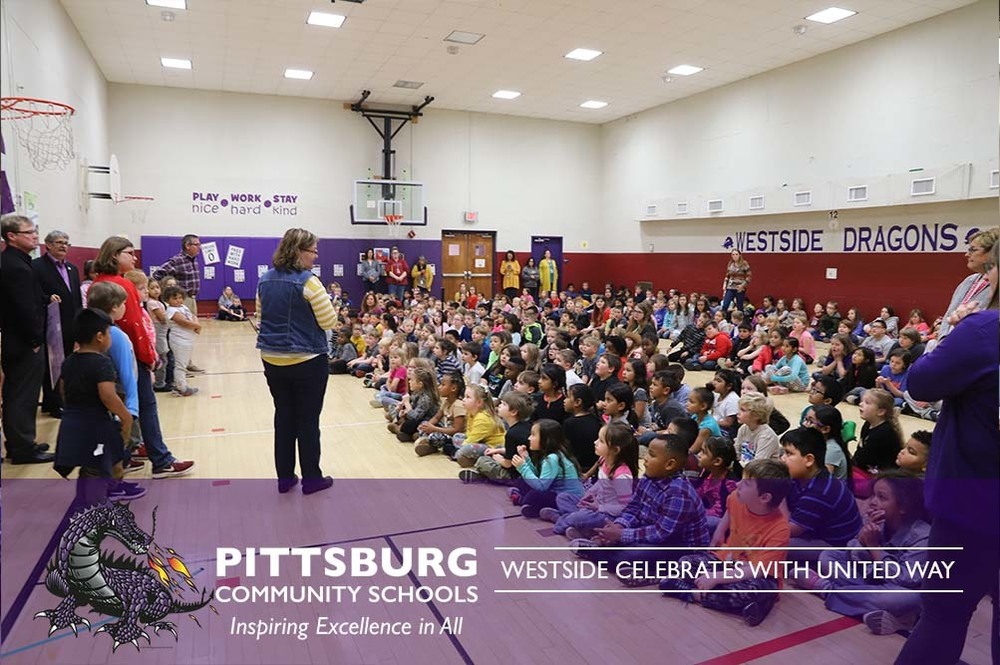 On Thursday, Westside Elementary had a very special assembly.

During the month of October, Pittsburg Community Schools joined in a United Way Campaign. Each building organized different fundraisers, and employees were given the opportunity to contribute through a payroll deduction.  Fundraisers varied from Penny Wars, Jeans days, Silent Auctions, and buying different Fun Days.

Coming in a close second was PCMS with $1,451, and in third Meadowlark Elementary raising $1,170!

Westside Student Council also presented a donation check to United Way for  Pittsburg Community Schools' total donation of $5,645.52! Students and Staff at Westside enjoyed a sweet treat following the assembly; each classroom was sent some ice cream in celebration! 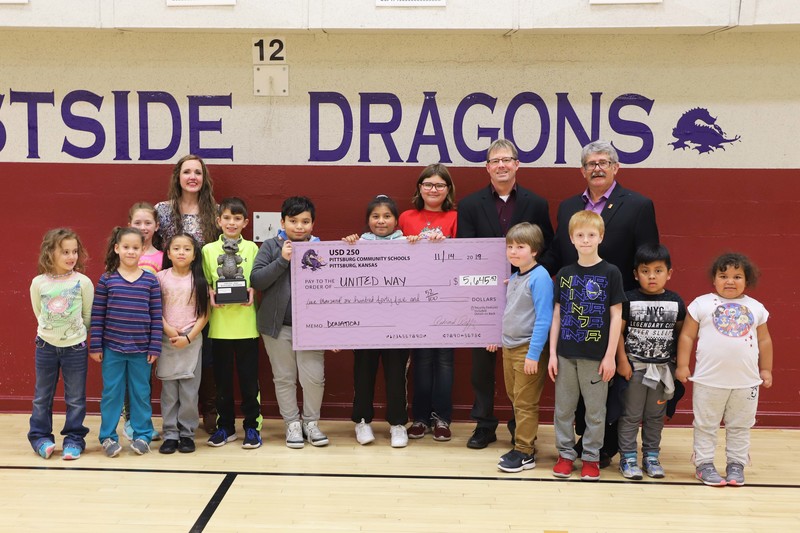 USD 250 would like to thank everyone who contributed to our campaign efforts, whether with your time, efforts, or funds. Way to go, Dragons!