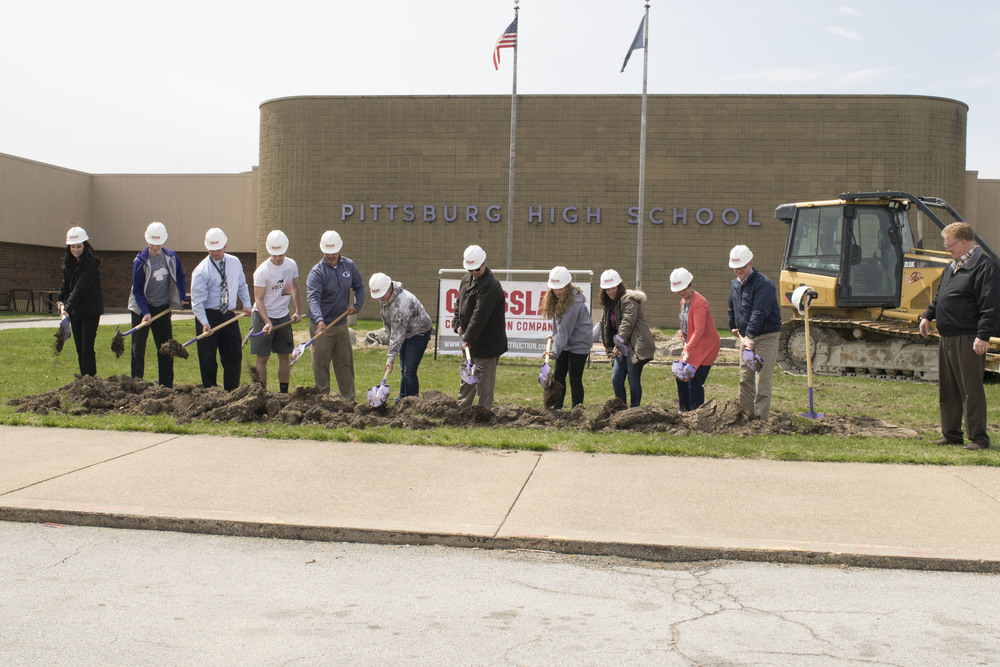 On Monday, April 9th, PHS hosted its groundbreaking ceremony to commemorate renovations and new construction with dirt work set to begin this month.

This is the largest project the school has received since it was built in 1979.

Some of the projects began as early as last Spring with the HVAC and LED lighting upgrades.

In this project, we will see classroom remodeling, a new kitchen/cafeteria which will double as safe rooms with the current kitchen to be renovated for Culinary Arts, a new band room and scene shop, entry improvements to reduce wind, and new administration space and entry to the building that will provide improved secure access to the building.

The PHS project is estimated to take a year and a half with an anticipated completion date of August 2019.